Are Hurricanes Getting Worse Due to Man-Made Climate Change? 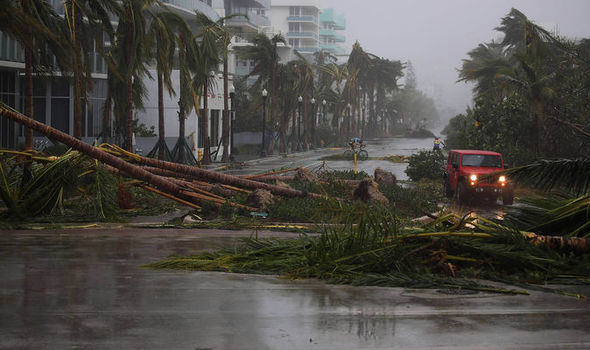 “The catastrophic recent weather events in the United States, Asia and elsewhere have once again shown that the world is in the midst of a climate crisis of our own making. While countries like ours are on the front lines of the worst impacts to come, these events remind us that no country is immune.

Simply put, the commitments the world has made so far under the Paris Agreement to reduce the emissions of heat-trapping greenhouse gases are woefully inadequate. And we are out of time. If we do not increase these commitments by 2020 as the agreement requires us to do, the potential impacts will be devastating, and they threaten the lives, homes and livelihoods of people in countries like ours.”

It would be nice to think that when the world doesn’t end in 2020 that there would be an apology and retraction for this kind of rhetoric, but as it appears this kind of thing gets said every three months or so by THE authorities on the subject for the past 20 years with 0 consequence for not even being close I doubt any apology will be forthcoming.

If you are reading in the news today (again) that storms are getting incredibly worse and this level of ______ devasting natural disaster is unprecedented, take a breath and consider the following stats on hurricanes.

Guess what year in the past 166 years had the MOST major hurricanes… Go ahead… guess….

Let’s look at some more facts

Is this an incredible increase? Is man-made climate change causing significantly higher hurricanes that previous decades? Are we actually hurtling over a precipice from which there is no return as soon as 2020?

How about we go back to 1947 -1956 – surely it was much better then! During that decade we averaged less named storms at 10.5, about the same hurricanes at 6.8, and MORE major hurricanes the either of the last 2 decades at 3.9 per year.

If you go back before 1947 no decade is higher than the present according to the link below BUT did we name storms with the same rules as today?

Here is an interesting article showing we did not (https://www.telegraph.co.uk/…/hurricane-names—how-are-th…/)
Also I wonder did we have the same ability to accurately identify hurricanes and their size in 1850 as we do today – I suspect the answer is no. But as you look through the link below you will see peak decades followed by lower decades for no discernable reason especially if you try to relate it to supposed man-made factors contributing to climate change.

Weather is complex. There are natural cycles in the earth that vary for reasons we clearly do not yet understand. I say clearly because NO ONE has come up with anything resembling an accurate, repeatable scientific model to project future temperatures or natural disasters.

So can we drop the rabble-rousing hysteria? Yes let’s study our planet. Yes – let’s care for it to the best of our ability, but can we stop with saying we know with near absolute certainty something we very very clearly do not.

Of course I know the answer is no we cannot restrain ourselves. And I am a heretic for daring to question the established doctrine of the intellectuals which is willingly propped up by media and politicians. But maybe one person reading this might be convinced to evaluate the evidence a little closer and with some scientific skepticism and if so that will be worth it!

This is a text widget, which allows you to add text or HTML to your sidebar. You can use them to display text, links, images, HTML, or a combination of these. Edit them in the Widget section of the Customizer.